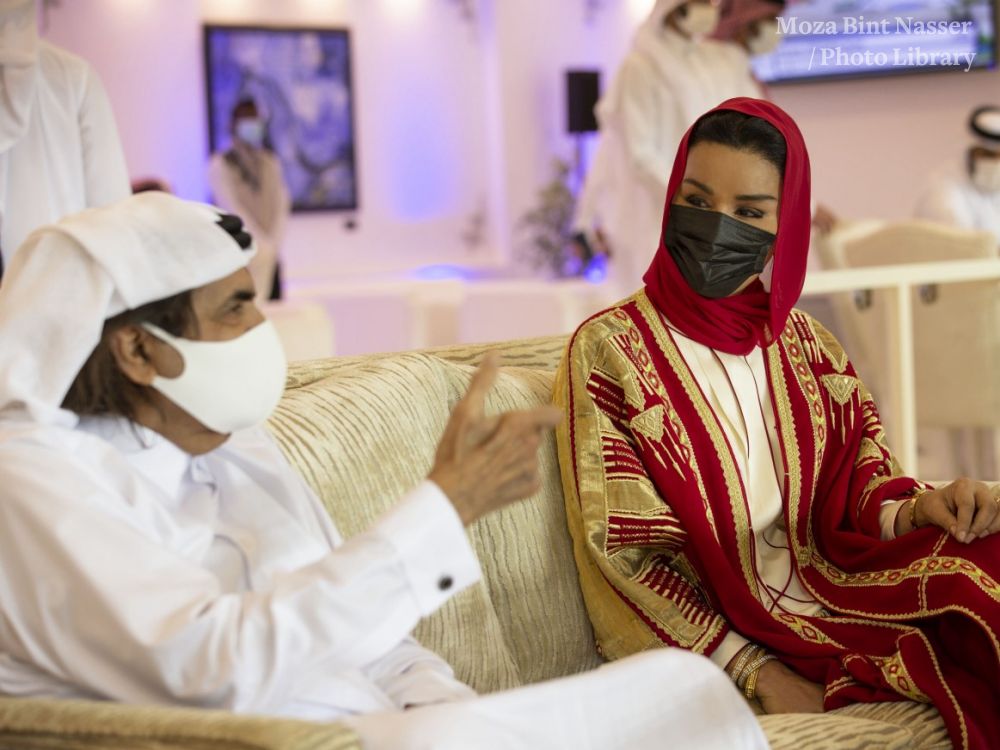 His Highness the Father Amir Sheikh Hamad bin Khalifa Al-Thani and Her Highness Sheikha Moza bint Nasser, Chairperson of Qatar Foundation for Education, Science and Community Development (QF), attended the conclusion of the three-day first round competitions of the Longines Global Champions Tour showjumping competition organized by Al Shaqab - a member of QF.

Her Highness crowned the winners of the top places, where the Belgian rider Niels Bruynseels on the horse Delux van T & L won the Grand Prix, which was held at the height of 1.60 m with a jump-off round, followed by the Italian rider Lorenzo De Luca in the second place and the Canadian rider Eric Lamaze finished third.