Her Highness Sheikha Moza bint Nasser has spearheaded social and educational reforms in Qatar and around the world for many years through her ground-breaking initiatives in education and youth development.

She serves as Chairperson of Qatar Foundation for Education, Science and Community Development (QF), a private non-profit organization founded in 1995. Its flagship project, Education City, is a hub of academic excellence, housing branch campuses of renowned international universities and institutions. QF is also engaged in numerous scientific research and economic and social development projects.

Sheikha Moza served as the Vice Chair of the Supreme Council of Health, 2009–14, and as Vice Chair of the Supreme Education Council, 2006–12, where she helped institute top-down reforms of Qatar’s public schools and healthcare system. She chairs Sidra Medicine, a training and research hospital set to become a leading institution for women and children’s specialty care, and Msheireb Properties, Qatar’s leading sustainable real estate company. It is a subsidiary of Qatar Foundation, and the owner and developer behind one of the smartest and most sustainable city districts in the world, Msheireb Downtown Doha.

Sheikha Moza works with the United Nations to support global education and other key areas of development for marginalized children and youth. Since 2003, she has held the role of UNESCO Special Envoy for Basic and Higher Education, launching multiple projects including the International Fund for Higher Education in Iraq, and in 2016 she was appointed as an Advocate for the Sustainable Development Goals (SDGs).

In response to growing global needs, Sheikha Moza developed two initiatives aiming to foster development and stability. In 2012, she launched Education Above All (EAA) to deliver quality education to the hardest to reach children and generate a global movement with a particular focus on areas affected by poverty, conflict and disaster. In 2018, EAA’s Educate A Child program reached its initial target of ensuring the education of 10 million marginalized children, and it continues to strive to educate those most in need throughout the world.

In 2008, Sheikha Moza founded Silatech to address the challenge of youth unemployment in the Middle East, North Africa, and beyond. Silatech aims to help youth in the most challenging environments and circumstances to take control of their lives and their future, and lead change in their region. Through economic and social empowerment, Silatech creates meaningful employment opportunities and programs in enterprise development, career training and microfinancing, among many others.

Sheikha Moza’s many honours include the Carnegie Medal of Philanthropy and the George Bush Award for Excellence in Public Service. In 2009, she was inducted into the Academie des Beaux Arts de l’Institut de France. In 2007, Sheikha Moza was presented with the prestigious Chatham House Award for her contribution to improving international relations. 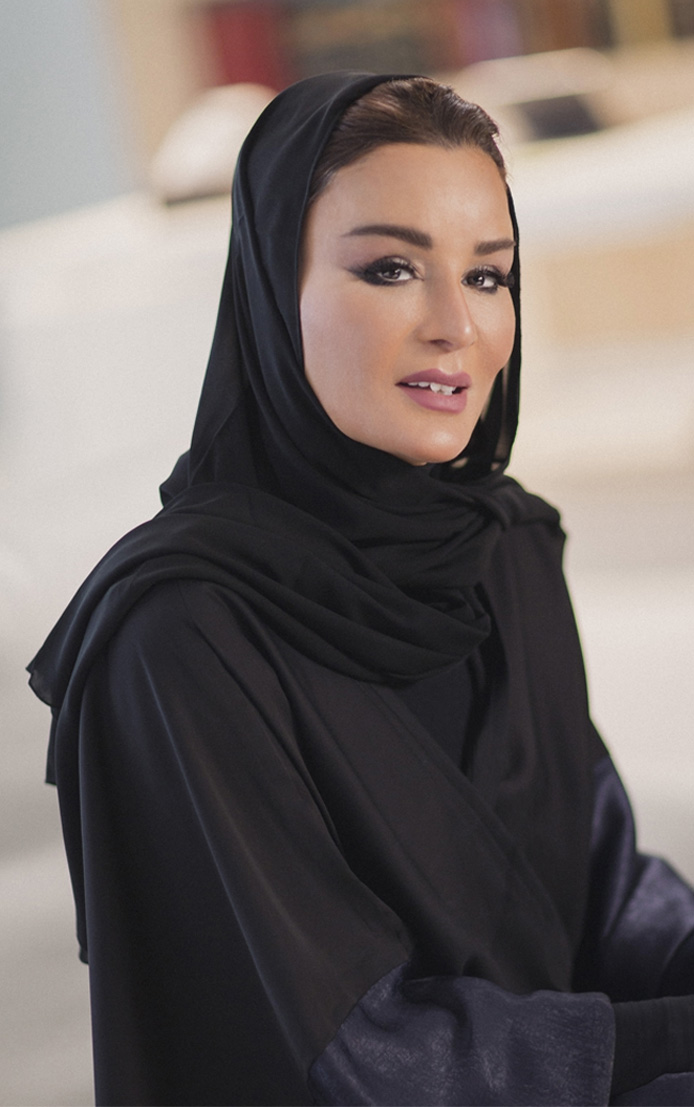 Education is the best means to counter extremism, to take on and defeat extremist ideology. If we fail to do this now – to rise to the challenge of the situation I fear that we will see the situation get even worse.