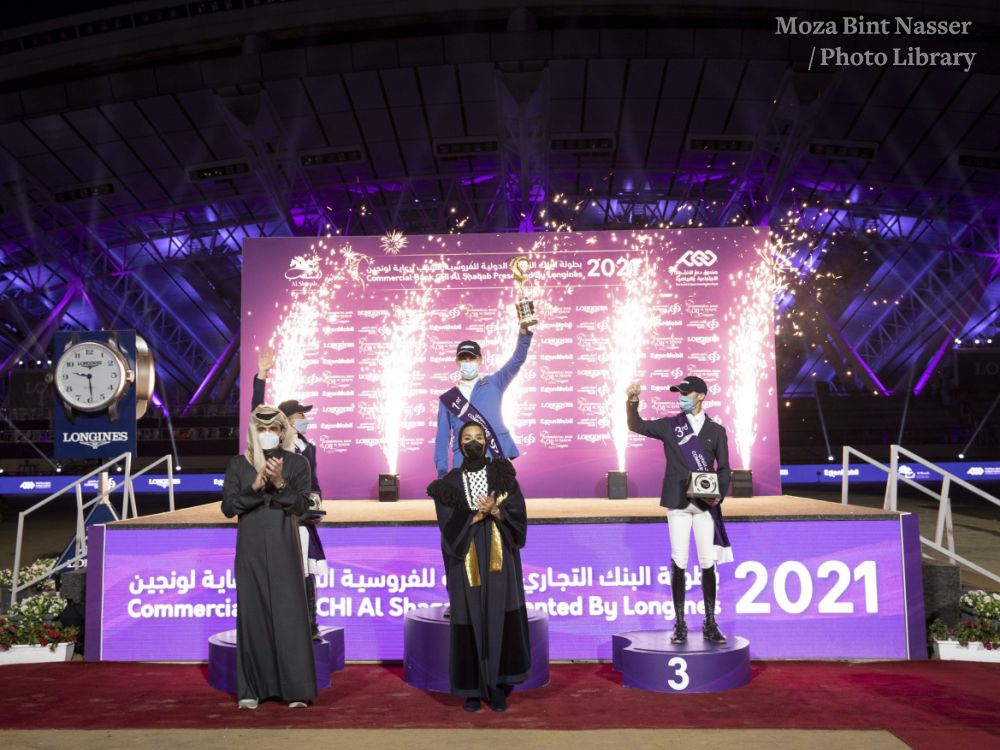 Her Highness Sheikha Moza bint Nasser, Chairperson of Qatar Foundation for Education, Science and Community Development (QF), attended the finals of the 8th Commercial Bank CHI AL SHAQAB Presented by Longines, which was organized by Al Shaqab, a QF member, over three days.

His Excellency Sheikh Joaan bin Hamad Al-Thani, President of Qatar Olympic Committee, was in attendance along with other dignitaries.

After the competition, Her Highness crowned the winners of the Grand Prize, where German rider Christian Ahlmann won the first place over the horse Dominator 2000 Z after achieving a time of 36.17 seconds in the jump-off round, the Frenchman Oliver Robert came in second place, and Belgian Niels Bruynseels finished in the third place.

Her Highness also honored the companies sponsoring the championship.