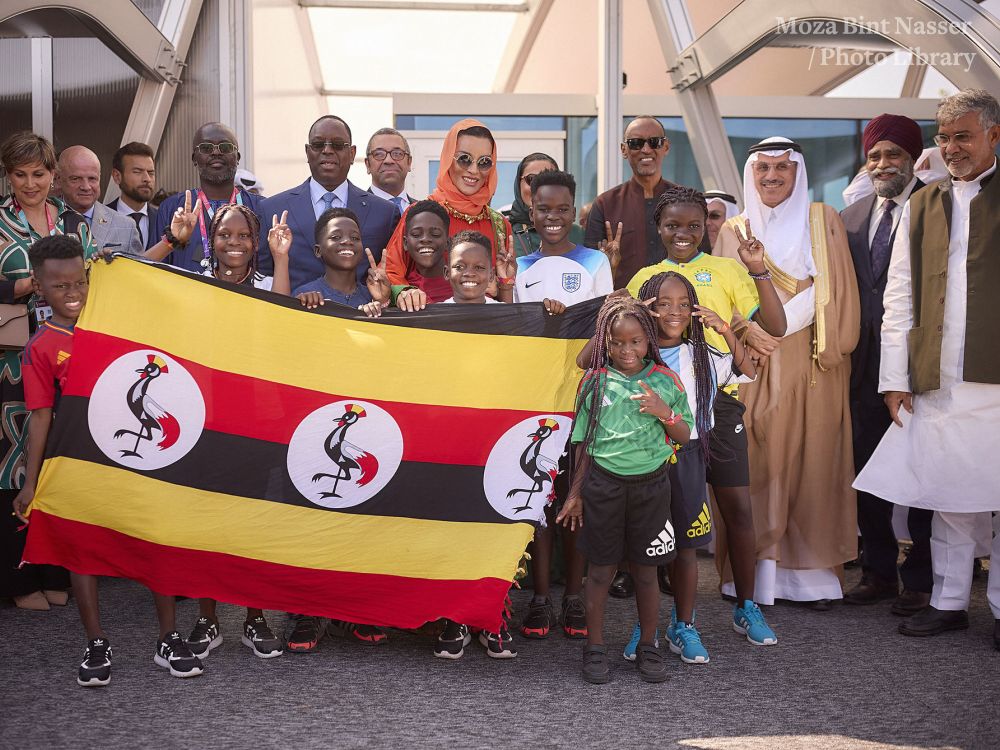 This morning, Her Highness Sheikha Moza bint Nasser, Chairperson of Education Above All (EAA) Foundation and SDG Advocate, launched the SDG Pavilion on the sidelines of the FIFA 2022 competition.

Her Highness was joined by world leaders at EAA’s SDG Pavilion, designed by Zaha Hadid architects. EAA commissioned similar structures to be used as schools, community centers or medical centers for displaced children in Pakistan and Turkey.

Attendees at today’s launch included H.E. Sheikha Al Mayassa bint Hamad, Vice Chairperson of EAA, and Heads of State of Rwanda and Senegal, and representatives from Canada, Liberia, Mexico and the United Kingdom.

The launch event featured a moderated discussion between Their Excellencies Mr. Paul Kagame, President of Rwanda, Mr. Macky Sall, President of Senegal and Mr. Muhammed AL-Jasser, President of the Islamic Development Bank, and the Rt Hon James Cleverly MP, Secretary of State for Foreign, Commonwealth and Development Affairs of the United Kingdom, about the challenges of reaching the 2030 goals, and the need for nations to unite in their efforts.

Other events scheduled at the Pavilion during the FIFA World Cup Qatar 2022 as part of the campaign “Scoring for the Goals”  include live music performances, dialogue with world leaders, art installations, football workshops, fashion shows, and more. A digital campaign allows fans at home to show their love of football and to participate in actions to achieve the Sustainable Development Goals.